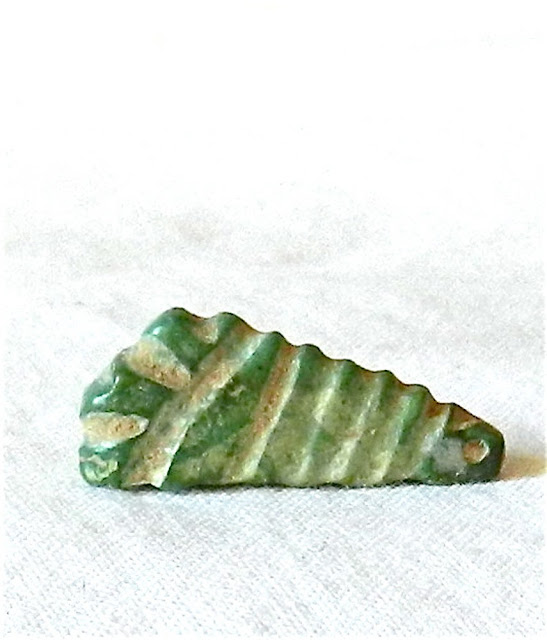 Cicadas (Locusts) were found in the mouths of some burials in China, just over the mountain from Bactria.  Contact me with questions or for invoice through the private message form at the top right of this page.

The ancient Bactrians lived on a trade route that dated from before 3000 B.C. and led from the Western shores of Asia to Northeastern China. The route had been active with trading activity long before the Bactrians settled there around 2500 B.C. However, the Bactrians added a lot of products and a great deal of exchange of cultural objects to the marketplaces of that enormous area.

This particular amulet may have come from just over the Pamir mountains via the route that led from Bactria to Kashgar in what is now Northwestern China across the Taklamakan Desert to the Qijia culture settled on the upper reaches of the Yellow River. The jade colored stone cicada amulet fits the Qijia culture's use of the amulet and the stone is the color of Qijia jade pieces from China that I have seen in publications.
The cicada or locust insect has a life cycle that includes over a decade long period underground. Then when they rise from the underground stage, they fly over the land in loud and lively swarms eating all the vegetation in sight. It is this resurrection from under the earth that made the cicada the symbol of the resurrection into a lively existence once again. For this reason, the Neolithic cultures in Northeastern China placed an image carved much like the one in the photos above into the mouth of any deceased, in hope of the body's resurrection.
This is a fantastic addition to any collection. It is pierced and can be worn as a jewelry amulet. It measures 1 in x 0.25 in (2.5 cm x 0.7 cm)

Price: $250 U.S.  Contact me with questions or for invoice through the private message form at the top right of this page. 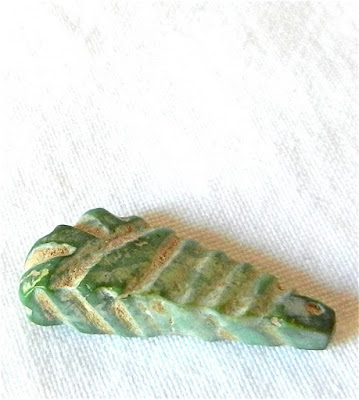 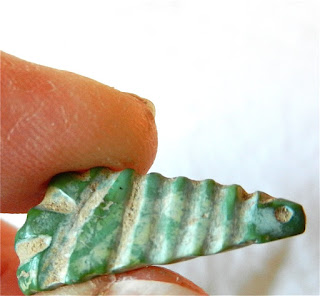 International Buyers are welcome to my California based shop. Please browse, ask questions, discuss items, shipping, or guarantees. Please use the Contact Seller link, not the comment box. I am happy to respond quickly to any of your inquiries. I will consider shipping to other countries than are listed here, depending on the import regulations of the country.
Unless the customer requests and pays for an expedited method, domestic and international shipping is via United States Postal Service. The item will be wrapped carefully and packed in protective material in a postal service approved package. Delivery confirmation and insurance will be paid by me, the Seller.
On high value items, the shipping will be free. Otherwise, the shipping charge will be as noted at the Shipping tab of the item listed for sale.
I accept returned items if they are in the same condition as when shipped and if returned within a reasonable amount of time after receiving them. An item can be returned for any reason. I guarantee your satisfaction.
For international buyers, it is important to note: If you need to know what import or VAT taxes your country may charge, please consult your Postal Service or government Tax Office. 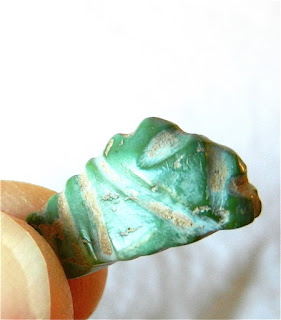 Links to Other Similar Sites and Blogs